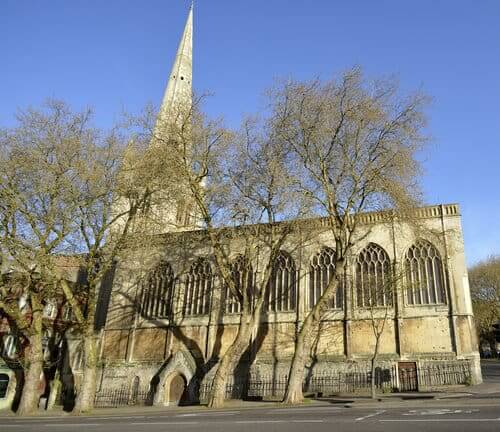 Fire alarms always a very newsworthy topic, unfortunately, often for the wrong reasons. Here is a roundup of the latest news (July 2020) concerning commercial fire alarms in the UK.

Grade II listed, St Nicholas Church was built in 1769, although the crypt dates back to medieval times. St. Nicholas has always played an important role in Bristol, whether it be for worship, providing shelter during WWII or, more recently, home to Bristol City Council tourist office and archive. The church was reopened in 2018 as a centre for worship, mission and social engagement continuing this legacy of being a church “in the city, for the city”.

Nittan was chosen for this project based on the reliability and quality of its Evolution range combined with the increased loop voltage which allows for longer cable runs.

Evolution is Nittan’s advanced, premium fire system. Evolution uses ASIC technology in the sensors and sophisticated detection algorithms, combining extremely reliable fire detection together with a very high degree of protection against unwanted false alarms. It’s advanced, highly flexible protocol allows for substantial amounts of information to be transmitted at high speed and is not affected by the number of devices on the loop.

The owner of a hotel has been handed a nine-month prison sentence after putting ‘anyone staying on the premises at risk of death or serious injury,’ following a lengthy investigation, reports the Safety & Health Practioner.

Alan Diamond, the owner of the Cornhill Hotel in Blackpool, has been given a nine-month sentence suspended for 18 months after a two-year-long investigation by Lancashire Fire and Rescue Service (LFRS).

In January 2019, the Blackpool seafront hotel was said to have failed to comply with nine of ten improvement notices handed out by the town’s health and safety officers, following evidence from police and LFRS. In 2018 the hotel had been ordered to close temporarily by LFRS amid concerns about its ‘inadequate’ fire alarm system.

Fire Safety Officer Stephen Simm had visited in May 2018, and reported that ‘numerous issues were seen, such as cracked tiles, no window restrictions, and loose fixtures and fittings’, while the police had seen officers take ‘at least’ 38 calls related to the hotel and its management that year, including ‘rows over the standard of rooms’, domestic incidents, fraud and theft.

However, LFRS added that in August 2018 the council health and safety department received a complaint from a paying guest who had stayed at the hotel, and ‘subsequently’ LFRS fire safety inspectors discovered the fire alarm system ‘was switched off with paying guests still staying at the hotel overnight’. They discovered a range of fire safety breaches ‘of such a serious nature that the decision was made to prohibit use of the hotel’.

These included ‘inadequate’ fire safety management, means of escape, means ‘for giving warning in the event of a fire’ and fire separation. The prohibition notice served ‘stated that nobody should use the premises other than to undertake remedial fire safety works’, but Mr Diamond ‘continued to accept paying guests and advertise the hotel on a number of internet websites’ – LFRS finding evidence on ‘three separate occasions’ of paying guests sleeping at the hotel.

Mr Simm added in early 2019 that ‘the issues were so serious I felt the property would put anyone staying on the premises at risk of death or serious injury’, while council health and safety officer Marcus Maddock served the improvement notices, having visited ‘numerous times’ in the last 11 months ‘due to various public complaints’.

Mr Diamond had submitted a letter to a hearing held in January 2019 stating that he had signed over the running of the hotel to another hotel group in the town, and added that most of the required work had been carried out and that the new management company would be putting their own action plans in place.

LFRS, however, proceeded with a prosecution and legal proceedings, which set out a case against Mr Diamond for failing to:

Other charges included that Mr Diamond had failed to ‘ensure that escape routes and exits could be used as quickly and as safely as possible’ by ‘failing to provide adequate’ fire doors throughout the premises. He was also charged with ‘failing to provide adequate and sufficient’ staff fire safety training, and failing to comply with the prohibition notice. After a ‘number’ of court appearances, he pleaded guilty in February to offences under the Regulatory Reform (Fire Safety) Order 2005.

At the Preston Crown Court hearing, where Mr Diamond was sentenced, LFRS Fire Protection Group Manager Mark Hutton said: “These were extremely serious fire safety failings which, had a fire occurred in the hotel, were highly likely to have led to widespread loss of life, serious injuries and potentially far-reaching damage to the wider community and reputation of Blackpool as a safe place to visit and stay.

“Our team of dedicated fire safety inspectors, and business safety advisors, work tirelessly to support all businesses that set out to comply with fire safety regulations. Sadly, in this case, the owner of this business chose not only to ignore that support but also elected to repetitively breach a prohibition notice and allow his building to be used for guest sleeping accommodation even though he knew there were serious problems with fire doors and the fire alarm.

“Members of the public who expect to be able to book safe sleeping accommodation, and other businesses who are competing in the same marketplace and choose to invest in and embrace fire safety, should be in no doubt that when situations like this occur, and the regulations are flouted, [LFRS] and its inspectors will not hesitate to gather evidence and take those issues to the courts.”

In its role as the UK National Standards Body, the British Standards Institution (BSI) has published the new international standard BS EN ISO 19650-5:2020. This is the third publication in the Building Information Modelling (BIM) 19650 Series and an important addition to the UK BIM Framework, reports “Fire Safety Matters”.

The standard aims to help organisations involved in the design, construction, operation and decommissioning of assets to reduce the risks associated to sensitive information which could impact on the safety, security and resilience of built environment services.

It specifies the principles and requirements for a security-minded information management approach, specifically addressing the management of information that’s obtained, created, processed and stored as part of – or in relation to – any other initiative, project, asset, product or service. It addresses the steps required to create and cultivate an appropriate and proportionate security mindset and culture across organisations with access to that information, including the need to monitor and audit compliance.

Ant Burd, associate director and head of built environment standards at the BSI, said: “The sharing of information can inadvertently lead to the exposure of sensitive details about a building, a facility or even a piece of critical infrastructure. By taking a security-minded approach, as outlined in this new standard, the risks can be dramatically reduced. We continually work with industry to develop and evolve our suite of supporting standards that seek to address those key aspects of a built asset’s life, from design right through to final decommissioning.”

The importance of compliance as a landlord with a house in multiple occupation (HMO) property has been brought to light in a recent case. A second man in the UK has been banned from being a landlord in the private rented sector (PRS) after breaching multiple safety regulations in his licensed HMO property, reports “ARLA Propertymark”.

As well as applying for a licence to a local council, there are various other compliance measures landlords need to meet to ensure the safety of their tenants. These include sending a valid gas safety certificate to the local authority each year, installing the relevant smoke alarms and carbon monoxide detectors, and having safety certificates for electrical appliances available on request.

At the tribunal, it was heard that Mahmut Gilgil from Poole, breached fire regulations, maintenance of common areas and wider property defects affecting the safety and welfare of the tenants.

Gilgil received a five-year ban effective from 3 June 2020 after he was convicted of offences relating to the condition of the HMO. He was also convicted in May 2019 of 12 offences of failing to comply with management of HMO, fined £250 for each offence, ordered to pay costs of £3,425, and £30 surcharge to fund victim services.

Due to the severity of the offences, Borough of Poole Council took the decision to file for a banning order so that Gilgil may not further manage or let properties.

With businesses re-opening after COVID-19 lockdown, especially those that have changed the layout of their commercial, educational or industrial premises, now may be a very sensible time to review the Fire, access control and security system at your establishment.

Get A Quote Today 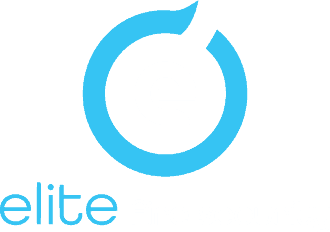 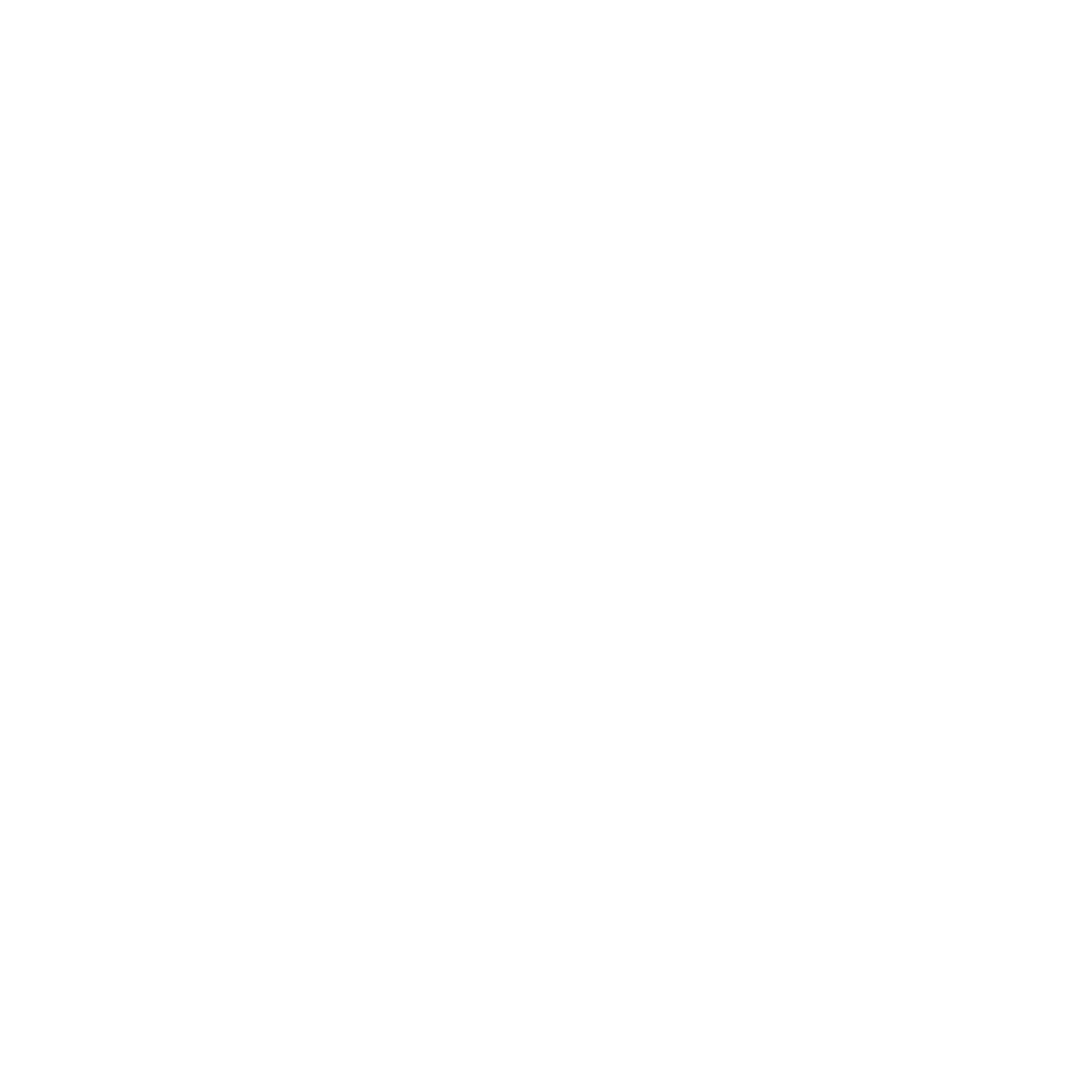 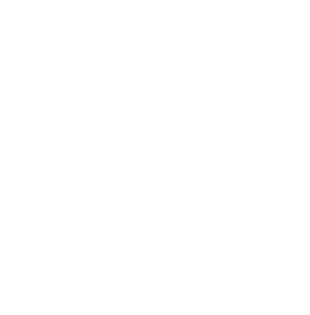